As we all know, the US election is only a couple of months away and not only is this going to be a huge moment for our US Qmee users, but the outcome of the election is a moment that will affect the whole world.

Over the past few months, our Data Science team here at Qmee have been tracking the US election including the popularity of each of the candidates, how US Qmee users will be placing their vote this year and whether or not President Trump is likely to spend another four years as the US President.

However, our tracker has shown that since the Democrat nomination of the Vice President and the Democrat Convention, the media’s coverage and focus shifted from President Trump. This was in turn reflected on Election Polling where his popularity decreased for a while. However, this was short lasted, as the media focus has shifted straight back to President Trump and Poll results show he is gaining popularity again. 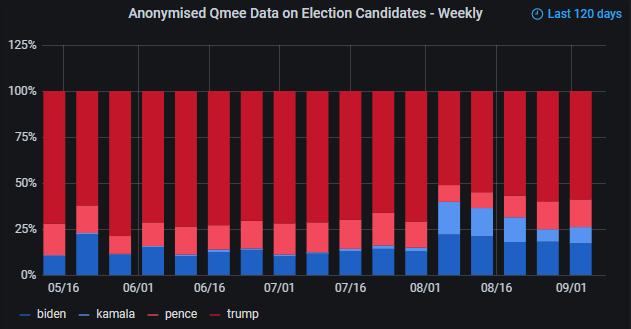 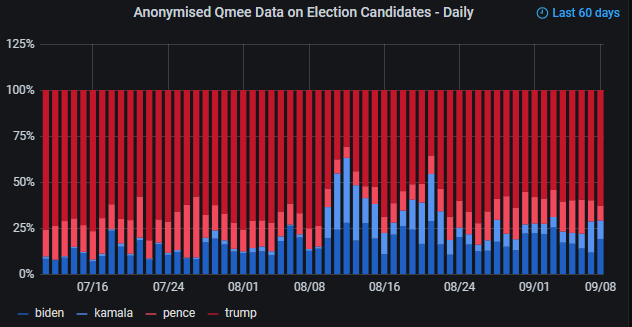 We ran our own Poll last week, on the 1st September, to ask our US Qmee users who they thought would win the election in November. The results we saw were in line with what our US election tracker has shown; at the moment, many people feel that Joe Biden is going to win (44% of the users who took our Poll) but Trump is gaining popularity and the race is close (38% feel that Trump is going to win)! 17% of our users who took the Poll said they didn’t know or didn’t want to answer.

We also ran a separate Poll to find out how our US Qmee users are planning to place their vote this year and 39% of users said they were planning to use the mail-in voting option – this may be a higher percentage than previous years due to the Coronavirus and social distancing. 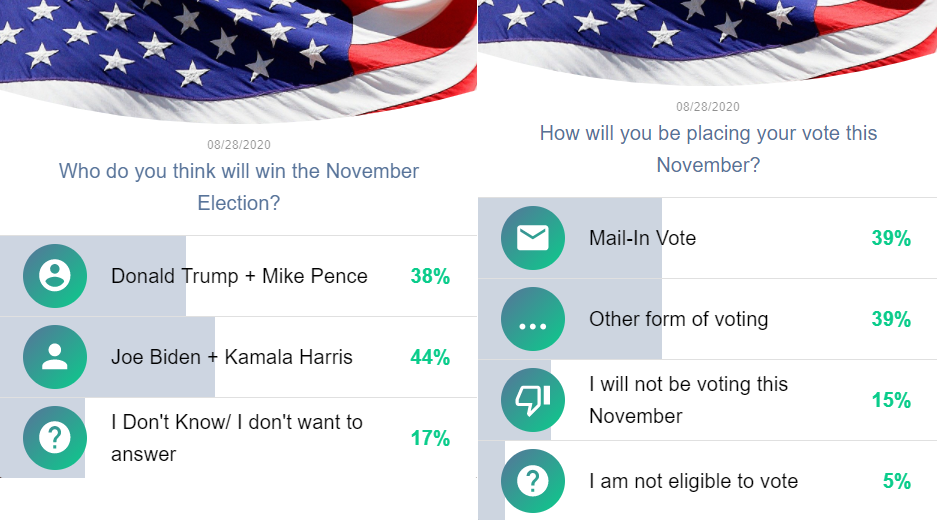 We’ll be keeping the Qmee tracker going over the next couple of months, in the run-up to the US election, along with some Polls as well to keep an eye on how things are changing (or not changing!) and who is most likely to be the next US President!